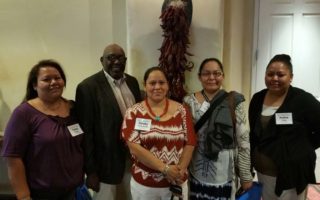 2016 was another roller coaster year for Head Start programs. In November, the finalized changes to the Head Start Performance Standards took effect. Many changes have a schedule of implementation, with the most impactful change – providing full school days to 100% of slots – expected to be in place by 2021. There were also small tweaks to ERSEA requirements, a renewed focus on parent committees, and of course, training, training, and more training.

In other news, we went over the FY2016 Leadership, Governance, and Management Systems (LGMS) Protocol in exhaustive detail, covering all four key performance areas #1 Planning, #2 Developing, #3 Implementing, and #4 Evaluating. Nationally, NAACP and NHSA announced a joint initiative, and national publications highlighted the need for high-quality preschool for everyone.

With all these changes afoot, we at The Gravely Group realized that Head Start is going to need strong leaders moving forward. So we developed a renewed focus on the subject. We gave several free webinars on leadership, added a leadership component to our existing training modules, and wrote several articles on the issue, including the five abilities of an effective leader, the importance of a leadership plan, and 10 ways to demonstrate parent leadership.

Overall, 2016 was a chaotic year for many, and with the new political administration coming in 2017, there are many unknowns. However, as one of the longest-running anti-poverty programs in US history, Head Start has not only survived, but thrived. The Gravely Group looks forward to the future and continuing to serve our clients, who in turn persevere despite the many unknowns, to serve the most vulnerable population of all… children.

More highlights from our blog in 2016
Four Ways to Grow Your Strong Early/Head Start Team
Sharing Data to Maximize Impact
What is Your Organizations Employee Onboarding Practice?
Relationship Between Head Start Governing Body and Policy Council
The Role of Advisory Committees in Head Start Program Governance
10 Responsibilities of Individual Board Members
Professionalism in Head Start
Growing Parent Participation
Using Texting as a Tool to Help Increase Parent Engagement
Focusing on Fatherhood in the New School Year