Becoming a Parent… Again: Providing Support to Grandparents and Kinship Caregivers in Your Early Learning Program 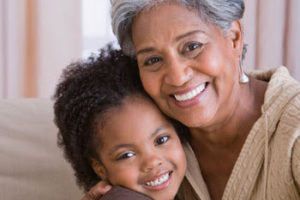 When parents are absent or unable to raise their children, grandparents are often the ones who step in. Raising a second generation brings many rewards, including the fulfillment of giving grandchildren a sense of security, developing a deeper relationship, and keeping the family together. It also comes with many challenges. No matter how much love grandchildren are shown, taking them into the grandparents’ home requires major adjustments. But with the right guidelines and support, grandparents can roll back the years and make a real difference in the lives of grandchildren.

In the United States, these grandparents – who are sometimes referred to as “kinship caregivers” are helping to raise nearly 3 million grandchildren, according to 2015 statistics from the U.S. Census Bureau. For nearly 2 million of these youth, a parent is present in the grandparent-led household. For more than 935,750 of these kids, though, a parent is absent.

Some parents have lost jobs and their finances have shrunk. Some are incarcerated. Others are battling addiction. As the Great Recession reminded people, stability at home can disappear. In 2008, about 492,800 of these grandparents reported incomes below the poverty level. Grandparents are helping one another, offering support, sharing information and talking about community resources. At times, that means, they’re helping answer questions, such as, “Where can I find a crib?” or “How do I navigate this government agency?” They’re also finding answers from early learning programs. Many grandparents have picked up the lobbying baton to let lawmakers know they need supportive policies.

How can we help these families in our early learning programs?

We at The Gravely Group love this quote, “Having grandchildren is a blessing. Helping to shape their lives is an honor.“