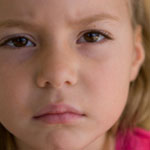 Since the release of the movie Bully in March 2012, a national dialogue has been ignited on the topic of bullying. The blogosphere has been abuzz with everything from commentary on how to stop bullying to long-overdue apologies from bullies themselves.  The evening news programs seem to feature another story on the negative consequences of bullying almost daily.

The sheer volume of dialogue out there on the subject shows just how complex of an issue it really is. Psychologists, administrators, politicians, parents, and the kids themselves all have their own views on the subject, and all of them are contributing valuable insights to the problem. But we all know there is no magic formula that is going to stop bullying in every case, every time. It’s an ongoing and constant effort that involves everyone.

Traditionally, bullying as a subject often focuses on older children, usually in the years surrounding junior high. A simple Google search will give you millions of results on how to recognize and deal with bullying in the classroom. But just a small fraction of that material is written particularly about preschool-aged children.

“A four-year old can be a bully?,” a parent may ask in disbelief.

Experts say that early warning signs of bullying can manifest themselves in children as young as 3, and there does seem to be a general consensus that the earlier the intervention, the better. As as result, bullying amongst preschool children has come into greater focus. A variety of programs and trainings are being developed to aid teachers and administrators in the classroom. For example, the New York State Assembly is funding a program called “Kids Helping Kids” that matches high school student leaders with at-risk Head Start students to stop bullying before it starts.

How are you dealing with bullying in your Head Start program? We want to hear your thoughts in the comments section below.

Additional Resources
StopBullying.gov – A federal government website managed by the U.S. Department of Health & Human Services. Here you can search right from the homepage of the laws that cover your state when it comes to bullying.
How to Handle Preschool Bullies from Parenting.com