Changes in Head Start Performance Standards as They Apply to ERSEA 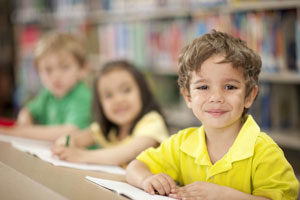 There aren’t a lot of changes to the ERSEA (Eligibility, Recruitment, Selection, Enrollment, and Attendance) requirements for Head Start in the new Performance Standards. However, there are a few important changes to note. As one of the 10 Head Start Management Systems, ERSEA specifies key elements and requirements to create and maintain a Head Start Program that is successful. The new Performance Standards make clear that ERSEA will continue to be monitored closely to keep Head Start programs running as efficiently as possible.

For example, the standards have always made clear that the program should have attendance rates of 85 percent or higher as an overall average. However, individual attendance records for each child were not required. The new standards now require attendance to be tracked for each individual child enrolled in the program, with the goal of giving teachers and staff additional data to deal with chronic absenteeism among certain children.

In addition, there is now a more detailed list of the Community Assessment process. Most of the list includes practices which are in use now, but were not in the performance standards previously. This includes conducting an in-person interview with each family or a telephone interview if necessary, verifying information given, and creating an eligibility determination record for enrolled participants.

And lastly, for American Indian and Alaskan Native programs (AIAN), one of the changes to the verification of eligibility is the expansion of the definition of how a tribal program can propose a service area where members of Indian tribes or those eligible reside. That can include, but is not limited to Indian reservation land, areas designated as near-reservation by the Bureau of Indian Affairs provided that it is approved by the governing council, Alaska Native Villages, Alaska Native Regional Corporations with land-based authorities, Administration for Children and Families, HHS Oklahoma Tribal Statistical Areas, and Tribal Designated Statistical Areas where there is not a federally established reservation.

These requirements will be monitored by Head Start to make sure programs are reliable and are adhering to standards which will help improve how programs run as well as make sure that children in a program are given the chance to succeed in life.