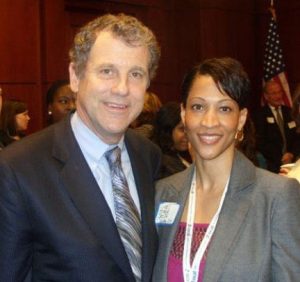 Stark County Community Action Agency in Canton, Ohio has been a client of The Gravely Group for many years. I’ve given several trainings and have aided the agency in a variety of initiatives, from increasing parent participation to proper program governance. During that time, I’ve really gotten to know the staff and volunteers. One of those volunteers was Attorney Corey Minor Smith, former board member and Vice Chair.

After one particular training on Parent Participation, she wrote The Gravely Group a nice testimonial:

“I understand the importance of knowing Head Start policies and procedures. At the same time, I know that parent involvement is ESSENTIAL to the total Head Start operation. The Gravely Group provides sound, regulation-based training that helps programs thrive and achieve operational goals and objectives. With training provided by The Gravely Group, any organization will be equipped to satisfy Head Start requirements and provide youth with the fundamental skills and knowledge base they need to be successful.”

Corey recently decided to leave the the board after five years to focus on her campaign for Canton City Council. There, she hopes to continue to advocate for quality education.

But before that, I asked her to reflect on her experience with Head Start, and how it has helped shape her community, and herself…

“As a practicing attorney appointed to serve as the Director of Compliance for the City of Canton, the mayor at that time appointed me to serve on the Stark County Community Action Agency Board. As a mother of two sons, I was sincerely committed to the growth and development of the SCCAA and the Head Start Program in particular. My oldest son was enrolled in a head start program while I was a student at Bowling Green State University. He is a “poster child” that reflects the benefits of a Head Start education. As a high school student he graduated from an Early College program where he was able to earn a high school diploma and Associates degree. My son’s story was the focus of my advocacy for community action agencies across the country when I advocated on Capitol Hill before United States Senators, Congress members and staffers to encourage continued funding in March of 2011.

As an elected member of the Canton City Schools District Board of Education, my focus continues to be on quality education for our youth. As I propel into the legislative branch of local government as a candidate for Canton City Council At Large, I continue to advocate for quality education that positions our youth to acquire jobs that pay wages that give them the opportunity to live in quality housing in quality neighborhoods.”

Thank you, Corey, for your dedication and service to your Head Start program, and to your community. Best wishes!