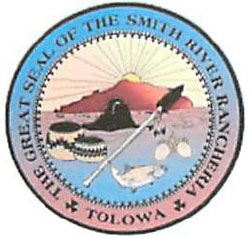 I enthusiastically offer this letter of support in recommendation of The Gravely Group. I recently attended the National Indian Head Start Director’s Conference in Sacramento, California. Two of my co-worker’s attended a training conducted by The Gravely Group. They shared with our team how inspired they were about the impact of the workshop. They could not stop talking about what they had learned. Consequently, I decided to attend two of their workshops the following day. Both sessions exceeded my expectations. The presenters spoke with clarity and relevance. They provided tools that I could use immediately. They masterfully explained material that is often times difficult to digest.

As we look forward to the revisions of the Head Start Performance Standards it is reassuring to know that we have such high caliber trainers to guide our professional development needs. I have attended hundreds of hours of professional development training and although the market is heavily saturated with consultants, The Gravely Group stands head and shoulders above the rest. They are the gold standard!

The quality of trainings that The Gravely Group provides is unparalleled. The authority with which they speak builds the confidence and competence of its participants. They truly deliver outstanding quality workshops.