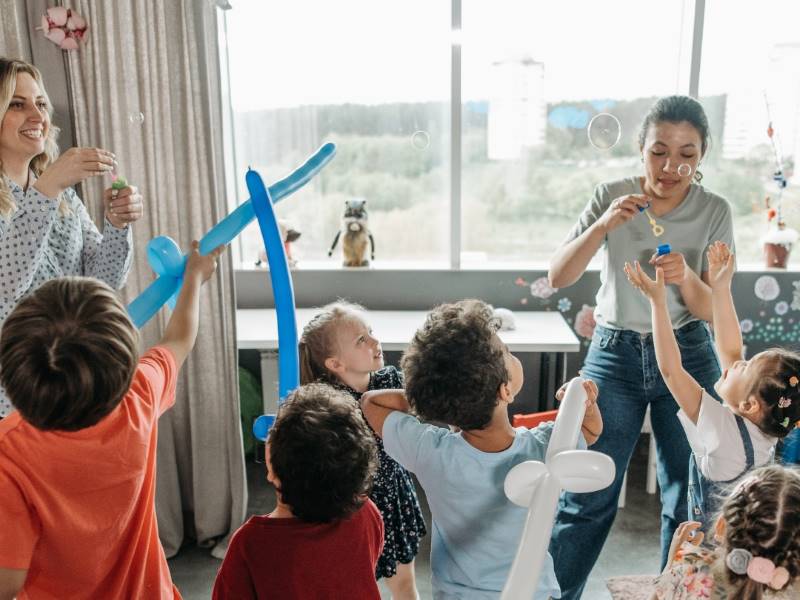 It’s no secret, there is a shortage of workers in the early childhood education (ECE) sector. Private daycares, public preschools, and Head Starts are all competing for a rapidly dwindling labor pool. And unfortunately, the problem is self-perpetuating. Women, who make up the majority of the early childhood education workforce, need childcare to attend work. So the less ECE slots available, the more likely ECE workers are to continue to stay out of the workforce to care for their own children. The problem isn’t unique to preschool settings. Amid a dire teacher shortage in Florida public schools, the state is famously hiring veterans to head up classrooms.

The Office of Head Start (OHS) says it is acutely aware of these problems and encourages agencies to use every tool at their disposal to recruit new staff and retain existing staff, including increasing wages. We wrote last November in our blog “How to Recruit Head Start Staff During a Labor Shortage”, that while money is not the only way to recruit and retain staff, it’s undeniably one of the most important ways. So in our effort to get “back to basics” in Head Start in the post-pandemic period, we want to talk a little bit about how Head Start agencies might decide on employee compensation, as well as efforts that Head Start is taking on a national level to make sure that Head Start employees are compensated fairly.

According to the most recent survey from the U.S. Bureau of Labor Statistics, preschool teachers reported a median hourly wage of only $14.52 in 2020, which adds up to approximately $30,000 a year salary. In my own rudimentary research (i.e. a quick Google search of open Head Start positions), starting wages in Columbus where The Gravely Group is located included a Lead Teacher at $20 per hour, Family Advocate at $20 per hour, Assistant Teacher at $17 per hour, and Teachers Aid at $14 per hour, all but the latter requiring at least an Associate’s Degree. The positions include medical, dental, and vision coverage as well as other benefits such as discounted child care.

These are fairly low wages. A single parent household with two kids where the individual was a Teacher’s Aid would qualify for a variety of state and federal benefits, including medical, housing, and food assistance, as well as Head Start itself.

In a memo released in June titled “Competitive Bonuses for the Head Start Workforce,” The Office of Head Start (OHS) acknowledges that wages in the Head Start sector have been low for a long time.

“OHS recognizes that the dedication of Head Start staff is especially commendable given persistently low wages and lack of comprehensive benefits, particularly for education and family services staff,” the memo states.

We’re not going to get into the reasons why wages in early childhood education settings are what they are. What we do want to talk about is how Head Start can fill vacancies now, and how they might be able to prepare for future wage increases.

In our example above for the open positions in Columbus, one thing we didn’t mention is the bonuses. Each position, from Lead Teacher to Teacher’s Aid, has a signing bonus of $250 with an additional $750 bonus after 90 days.

It’s this point that OHS has been driving home for grantees in recent months. In its memo, OHS writes that it “strongly encourages all Head Start programs to use American Rescue Plan (ARP) funds, base grant operations funds, and other COVID-19 relief funds to offer competitive financial incentives to staff, such as retention and hiring bonuses, to help stabilize and support their workforce in the near term.”

OHS admits that this is a “short-term strategy.” But the need for staff is so dire that many grantees can only plan for the short-term at the moment.

It seems to me that many organizations, non-profit and for-profit alike, are waiting for the dust to settle in the post-pandemic period so they can see what the new “market price” for labor will eventually be. Head Start is no different. If grantees have to pay 15% more for labor in 2023-2024 in order to recruit and retain talent, then that’s what they’ll have to pay. But at this moment, no one seems sure what that long-term percentage increase will be. So for now, many are relying on temporary bonuses through COVID relief funds to get them through this year.

If grantees do have to increase wages and/or benefits on a permanent basis, OHS says it understands that they would have to make tough choices.

“Permanent, sustainable wage increases require additional funding,” they write in their memo. “This is often done by freeing up funds within existing budgets — a long-term program planning activity that often involves making difficult decisions — or through additional appropriations from Congress.”

So how will grantees know what the new market price for labor is? How will they know they need to permanently increase wages in order to recruit staff? Since the labor market is changing so quickly, surveys like the one from the Bureau of Labor Statistics, which surveyed people in 2020, might not be a reliable indicator of current wages.

If positions continue to sit unfilled or turnover is extraordinarily high, OHS recommends a Wage Comparability Study (see formal guide here). In a wage comparability study, an agency would separate positions into tiered groups, or “grades”, that would have similar wages. Then that agency would conduct a survey of wage data for that grade from at least five other comparable organizations. The guide also recommends including fringe benefits as part of the survey to get a more accurate picture of total compensation.

In the end, OHS says that while the survey can help inform decisions about your compensation structure, it is not designed to be adopted as a salary schedule. Ultimately, many factors go into what Head Start employees are paid, including local market conditions and an agency’s own budget constraints. As with most things, an agency’s Board of Directors have the final say.

What’s the labor force look like in your local market? Do you see a permanent increase in Head Start wages on the horizon? We’d love to hear your thoughts in the comments!