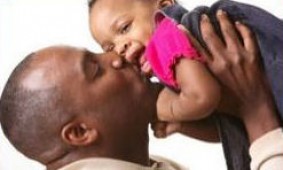 In 1994, Congress reauthorized the Head Start Act, just as it had done for 30 years up until that point. This time, however, Congress included a special new provision that extended Head Start Services to expectant families and families with children younger than three. This program became known as Early Head Start. Now, 20 years later, EHS has grown from the original 68 programs to nearly 1,000 who serve more than 150,000 children and families a year.

Since the origin of Head Start in 1965, we’ve come to learn a lot about the importance of the first couple years of a child’s life when it comes to their brain development. We know now that there are critical intervention points under three years of age that can help prepare the child for future success, or not. Because of Head Start’s focus on the whole child, it was uniquely positioned to provide the much needed services at those intervention points.

Fast forward 20 years, and the data shows that EHS has had many positive impacts for the families it serves. According to ongoing research done by the U.S. Department of Health and Human services, EHS children generally scored higher on assessments of cognitive development and on receptive language. Other favorable impacts were noted in social and emotional development as well.

Parents saw positive impacts too. For example, EHS programs had some impacts on parents’ progress toward self-sufficiency, as well as favorable effects in several areas of fathering and father-child interaction.

As a testament to its success, Congress appropriated an additional $500 million in January 2014 to expand the Early Head Start program. Through this expansion, EHS programs can now partner with regulated center-based or family child care providers in their communities through a competitive grant process. In return for additional funds, these child care partners will agree to meet the more rigorous Head Start Performance Standards. The goal of the Early Head Start-Child Care Partnerships is to significantly expand EHS by relying on the existing infrastructure of local child care providers. So far, 234 agencies have been preliminarily selected to receive funding.

The Gravely Group would like to extend our sincerest gratitude to all those who have dedicated their lives to Early Head Start. Congratulations on 20 years!