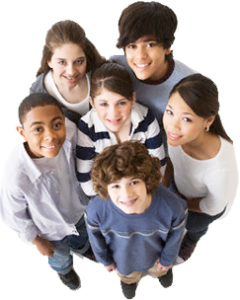 Ask any Head Start advocate, and they have probably dealt with a naysayer who cites certain research studies as an example that Head Start doesn’t work.

That’s one of the reasons why the National Head Start Association Director Yasmina Vinci’s recent article about so-called “fade-out” is important reading for Head Start professionals. In it, Vinci writes that fade-out is a myth, largely because most studies only measure cognitive gains through standardized testing, and rarely look beyond third grade.

Vinci cites James Heckman, a Nobel Laureate and an expert in the economics of human development. Recently, he wrote an opinion piece for The Hechinger Report, titled “Pre-K Researchers Can’t Get Past the Third Grade.” In the article, Heckman expresses his frustration that researchers have used third-grade test scores as the ultimate benchmark on whether pre-school programs have succeeded or failed students.

“The success of an early childhood program ultimately comes down to what is being evaluated, and too many evaluate the wrong things,” Heckman writes. “Conscientiousness, self-control, motivation, persistence and sociability have far greater influence on full-time employment, lifetime wages, health, family and social outcomes than IQ and cognitive skills.”

Heckman mentions a couple studies that appear to show that gains in these sort of life-skills manifest long after the third-grade. However, because this relies on slicing existing data from previous research, nothing is conclusive. Part of what he’s urging is new, controlled research that will followup with Head Start participants later in life, specifically measuring the types of skills that ensure success.

“Take Chuck Mills as an example. A business owner and former pilot of Marine One (the President’s helicopter), he recently spoke before Congress about how he and his five brothers and sisters were raised by a single mother in a poor and violent community. He and one of his sisters attended Head Start, and as adults, became very successful professionally. Their siblings who were not able to attend Head Start led lives of struggle and addiction. At the end of his moving testimony, Chuck told the committee, ‘I attribute much of who I am to the Head Start program and my life mission to be the father to my children that I never had in part is a result of the life lessons I learned while in Head Start.'”

For more information, also read our article, “Parent Involvement One of the Most Enduring Benefits of the Head Start Program.”