The Rich History of Head Start During the 1970s 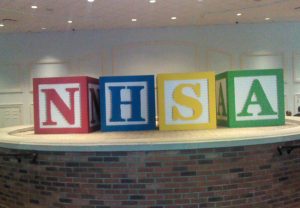 The 1970s were a transformative time for the still young Head Start program, which started only a few years earlier.

In 1970, The Parent Involvement Guidelines, commonly referred to as 70.2, solidified the important role of parents in Head Start.

An excerpt from 70.2 reads: “Project Head Start must continue to discover new ways for parents to become deeply involved in decision-making about the program and in the development of activities that they deemed helpful in meeting their particular needs and conditions. … Every Head Start program is obligated to provide the channels through which such participation and involvement can be provided for and enriched.”

Edith Grotberg: “Head Start tried something different then they said, ‘Look we want parents to have some say in how the money is spent, how the program is developed, what is happening to the children get them involved in activities.’ That was a major, major shift in any program the government had ever supported.“

The 1970s also saw an expansion in opportunities for children and families with distinct needs. While Head Start has always served diverse communities, new bilingual and bicultural programs were developed, as were unique programs for migrant and seasonal farmworker communities.

During this time, Head Start also began requiring that at least 10 percent of enrollment slots be reserved for children with disabilities.

In 1974, to help develop a national infrastructure for high-quality early childhood programs, Head Start published its first set of Program Performance Standards, which describe in detail how programs should operate. To ensure that programs were meeting those standards, Head Start instituted a rigorous on-site monitoring process.

From that point forward, the Office of Head Start expanded its training and technical assistance (T/TA) to help programs reach higher quality and further develop the skills of their staff.

Of course, the Program Performance Standards have been revised and updated since that time. But it was during the early years of Head Start in the 1970s where the program truly came into focus and began to resemble the program we know today.