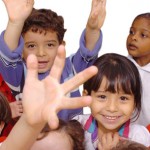 The past several weeks have been an active one on The Gravely Group LinkedIn group. One particular question I posted really got the group engaged.

In my view Head Start is an intervention program for young children whose developmental opportunities are affected by low income, not low intelligence. What is your view?

For a variety of reasons that we don’t want to get into here, children from low-income families consistently under perform other children on standardized tests. This has led many people to develop harmful stereotypes that low-income people (and their children) just aren’t as smart as the rest of us, and that they deserve to be poor because of their low intelligence.

Head Start began in 1965 as part of Lyndon Johnson’s “War on Poverty.” From the beginning, Head Start was designed as a system to help break the cycle of poverty by giving low-income children access to quality education, as well as a variety of other social services for the entire family. Studies have shown that children who attend Head Start are more prepared for kindergarten than those who don’t. As a result, Head Start has become one of the longest-running programs to address systemic poverty in the United States.

However, breaking the cycle of poverty is a very complex issue (just take a look at the comments in The Gravely Group LinkedIn group). Researchers agree that the years before kindergarten are some of the most important developmental years of a person’s life, but exactly how to intervene is still hotly debated.

Psychologist Urie Bronfenbrenner believed that child development is influenced not only by parents but by the community where the child lives, by state and national social policies, and by happenings across the globe. He argued that to be effective, intervention must target not only the child but each of these systems that ultimately impacts the child’s life course.

Head Start is so important because not only does it intervene at a crucial point in a child’s development, but it also attempts to address other factors besides just education, like family involvement, community, nutrition, physical and mental health, and legislative advocacy. It’s one of the reasons that The Gravely Group and thousands of other teachers, staff, and parents across the country feel so strongly about it and work to protect it every day.