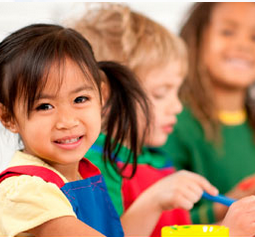 We recently received an email from the National Head Start Association (NHSA), detailing the “latest threats to Head Start that are coming out of D.C.”

For those of us who have served Head Start for many years, we are probably thinking, “Well, here we go again.”

This is hardly the first time Head Start has been under threat. Anyone who is familiar with the history of Head Start, knows that Head Start has been on the chopping block at least half a dozen times since its inception in 1965. Every few years, an ambitious legislator or think tank will start to question the validity and effectiveness of the program.

2018 is no exception. According to the NHSA email, newly-elected Representative Jim Banks from Indiana’s 3rd Congressional District suggested in a hearing that power over Head Start programs be transferred to state governments.

This has been on the agenda for Representative Banks since his election. Over a year ago, he penned an article for conservative website, The Daily Signal, called “How Federalism Can Give Head Start a New Start.”

In it, he writes, “Unfortunately, despite the best of intentions, [Head Start] investments have failed to improve academic achievement for far too many low-income students.”

We won’t argue about all the successes and failures of Head Start as a national program for the purposes of this blog. We’ve gone into much detail about the long-term benefits of Head Start, as well as the many ancillary benefits of the program, such as providing jobs and volunteer opportunities to the community.

Taking resources away from one of the most vulnerable populations in the country, poor children, has never been a politically popular position. However, that hasn’t stopped some from advocating to dissolve the program at a national level.

As another example, NHSA mentions a report from a national think tank that has advocated combining Head Start with other programs and transferring control to states. While we don’t know the exact report they’re referencing, we did find the 2018 budget blueprint from the Heritage Foundation, a long-standing conservative think tank, that does just that.

But alas, the program continues to survive for a reason. Head Start serves children and families using the whole child philosophy, a highly-researched and successful anti-poverty strategy that have been developed over decades – all at a relatively low cost to taxpayers. There are literally millions of Head Start success stories that we could share with legislators tomorrow.

If Head Start is important to you, we encourage you to advocate for the program at the national level. Contact your representative and remind them of the importance of Head Start to your community. If possible, share your own personal story with them on how Head Start has made a difference in your life.