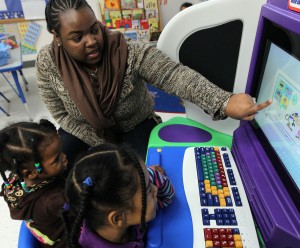 On January 13, Congress released the bipartisan Fiscal Year 2014 Omnibus Appropriations Bill. The $1.1 trillion spending bill includes a healthy increase for education programs, bringing them close to their pre-sequestration levels. For Head Start in particular, that includes a $1billion funding increase for the 2014-2015 school year.

Head Start advocates are praising the move. Many have expressed excitement about getting back to the business of educating children, instead of cutting seats and laying off staff.

“We are thrilled that the Appropriations legislation introduced this evening restores the Head Start funding lost to sequestration and prioritized an additional, robust investment in Early Head Start… Although it will be a long road, Head Start programs nationwide are enthusiastic about beginning 2014 by getting back to the work of rebuilding rather than cutting, and we urge swift passage of this legislation.”

Read more about the bill and how it affects education over at Education Week.