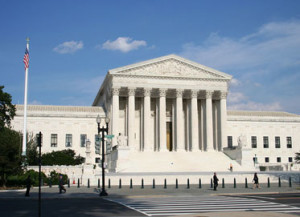 Supreme Court of the Unites States

Last week, the U.S. Department of Health and Human Services (HHS), which overseas the Office of Head Start (OHS), issued a memo regarding participation of children in same-sex marriage families. In the memo, HHS wrote that same-sex married couples will be treated the same as opposite-sex married couples. What that means is that the incomes of both the spouses will be used in determining the family’s eligibility, regardless of whether the state they live in legally recognizes their marriage.

“…for purposes of determining eligibility to participate in Head Start and Early Head Start programs, the income of same-sex spouses shall be considered part of a family’s income and the same-sex spouse shall be included in the number of people in a household. HHS recognizes marriages between individuals of the same sex who are lawfully married under the law of a state, territory, or foreign jurisdiction, as long as it would be recognized in at least one state, regardless of the state in which the couple resides.”

This recent memo is in response to last summer’s highly-publicized ruling in United States v. Windsor, in which the Supreme Court struck down the law prohibiting federal recognition of same-sex marriages. That law, known as DOMA (Defense of Marriage Act), had been passed in 1996.

The Office of Head Start follows other federal agencies that have implemented similar policies in the past year.