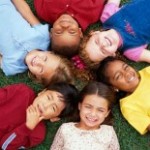 On The Gravely Group Head Start Family LinkedIn Group, a discussion has been raised recently about what it means to incorporate multicultural education into the classroom and how to go about doing it.

Of course, in classrooms all over the country, whether early childhood or college, students learn about other cultures through textbooks, films, art, food, and a variety of other teaching resources and techniques. But as one observant contributor noted within the LinkedIn group, it’s not necessarily enough for a curriculum to be developed around multiculturalism. To some extent, the classroom itself must be multicultural. The child must EXPERIENCE the differences, not just read, hear, or watch about them.

I don’t have to tell you that children are amazing at processing information from the world around them. Like little sponges. They are absorbing details that we as adults might not even be aware of. Which is one of the reasons that experts says exposing children to a variety of viewpoints from early on is so important.

However, in my opinion these differences often focus solely on race and “culture”, and less frequently on economics. For children who grew up in the same geographical region, they may already have certain cultural norms in common. Differences in race may not always be the primary driving factor of cultural difference. Economics, however, can be hugely influential.

So my (admittedly very loaded) question is, how do you think we can integrate children from separate socioeconomic backgrounds so that they can effectively learn from each other? Socioeconomic homogeneity in the classroom will never be able to fully prepare a child for the future, and that’s true on both ends.

I hope I’m opening a can of worms here. Leave your thoughts in the comments below.