Skip to content
Upcoming Online Trainings »
mel@thegravelygroup.com(614) 901-3369
Home > Governing Board > What is the Johnson Amendment and Why Should You Care?
Mel Gravely

What is the Johnson Amendment and Why Should You Care? 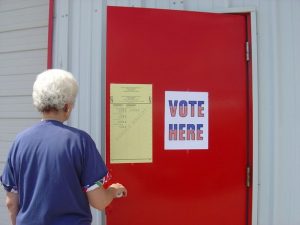 A blog I follow frequently is from BourceSource, which describes itself as “a national organization working to strengthen nonprofit board leadership.” Recently, the President & CEO, Anne Wallestad, penned an article titled “Why Repealing the Johnson Amendment is a Bad Idea.”

Wallestad writes about her experience in 2013, when she was part of a specially-commissioned panel whose “sole purpose was to examine the [Johnson Amendment], and to provide expert input on whether or not [it] should be repealed.”

Fast forward to 2017, and the current administration has vowed to get rid of the Johnson Amendment. In her blog, Wallestad sounds the alarm that if that goes through, it would be “truly destructive on the nonprofit sector.”

So what is the Johnson Amendment? Simply stated, the Johnson Amendment prevents 501(c)(3) organizations from endorsing or opposing political candidates if they want to maintain their nonprofit tax status. It’s been part of the tax code in the United States since 1954, and is named after then-Senator Lyndon B. Johnson. (If you remember, it was just over 10 years later that newly-elected President Johnson’s overarching War on Poverty gave rise to Head Start, among many other programs.)

The Johnson Amendment has long been the ire of certain politicians who feel it restricts religious liberty and free speech.

Wallestad and her colleagues on the panel, however, disagreed. They gave five main arguments for why getting rid of the amendment is bad for the nonprofit section:

1. The amendment does not restrict advocacy. Organizations can still advocate publicly for causes they feel support their mission.
2. Diverts (tax-free) resources from their core mission and instead gives it to political candidates.
3. There’s already an existing avenue for electioneering, if they choose to participate, and that’s through the formation of a separate 501(c)(4).
4. Nonprofits will be politicized, and will all eventually be forced to take sides.
5. It will spiral out of control… fast. Corporations could start a 501(c)(3) for the sole purpose of influencing elections AND as a tax haven for their profits.

What do you think about the Johnson Amendment? We’d be interested to hear your opinion in the comments below!