Men in Headstart: From Fathers to Teachers 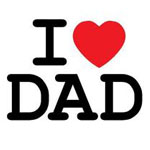 Last week I did a training called “Fathers Matter” for a group of Head Start administrators and parents. The training went well, and all were appreciative of my knowledge and expertise if I do say so myself. However, there was one thing that was noticeably lacking from the training that day… men. There was not one other man in the entire room excluding myself.

Since its inception, women educators and administrators have far outnumbered men in the Head Start program. In fact, of the 11 Head Start Champions of Change recognized by the White House last month, only two were men.

One could argue that the female-male ratio of the Head Start program mirrors that of the families it serves. Unfortunately, at that point a child may lack a strong male figure both at home and at school.

At about the same time I was giving a training about how fathers matter to a room of exclusively women, NPR was airing its own story about a Head Start program in New Haven, Connecticut. In New Haven, a gentlemen by the name of Keith Young is attempting to reunite Head Start children and their mothers with the children’s absent fathers .

We’ve all heard the statistics and anecdotes about single parents, and in particular single mothers, who account for over 80% of single parent households. Experts backed by statistics galore agree on one thing: that a household with two parents is healthier and more stable for a child than a household with one parent. Young shares this view with so many others – getting these dads back into their kids’ lives can only be good.

However, even if you overcome the large hurdle of getting an absent father to agree to be in his child’s life, reintroducing fathers into the lives of their children can be further complicated by issues of past abuse. Not to mention, there has been considerable backlash from the mothers themselves, who have long felt unappreciated by the “experts” and will vehemently defend their role as single mothers. Many women feel that we have become so obsessed with getting dad involved again, that we end up ignoring mom. In the end, we need to make sure we’re using a constructive dialogue that recognizes the feelings of the single mother and doesn’t make her feel like a failure.

I’d like to know your comments below. Have you had success with a particular program in engaging men in your program? What have the results been?