My Song, My Story: Head Start Journey from Child, Parent to Employee 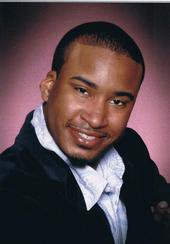 My Story: I do not remember much as a child in Head Start. I do remember mama getting me ready for school and dropping me off. I remember going outside to the playground, story telling, arts & crafts and for some strange reason, eating baked spaghetti. I can’t tell you that I was in an impoverished state at that time because my mom and dad both were employed. Times were tough as with many families. I am one of 5 siblings, 3rd born, youngest of three boys and with two younger sisters. Mama stated that I was very impressionable, had a vivid imagination and liked to explore and “wander off”.

I was formally introduced to the head start program in 1995. My daughter, Alicia, was enrolled into Operation Breakthrough Head Start Inc. My wife (at the time) and I were active parents, when time permitted, as I was mostly working and she was expecting our second child, Ernest III. When “Lil Ernest” was in enrolled in head start, I was joined a group called the Proud Fathers Club and became very active. The momentum of activities were building as my third child came along; Tyler Christopher. I was now assisting with the coordination of fatherhood activities. I even sang at a couple of events. Who would have known that one day, the people I was working with as a parent, would one day become coworkers and colleagues.

My Song: January 2006, I am now the lone male Family Services Worker (FSW) in a head start program of 400 plus children with a case of about 50 to 102. I quickly become friends with co-worker who had shown me the ropes. My supervisor felt that I would be the right fit for the fatherhood program, not because, I was the only male FSW at the time, but because of my involvement as a parent. She made it possible for me to grow in the fatherhood initiative as she saw the passion that I had as a parent and a Family Service Worker. Since then, I was allowed every opportunity to meet top head start officials, attend conferences, join a statewide fatherhood council and even become a second vice-chair. I completed both undergrad and graduate degrees while operating in the capacity of a FSW and fatherhood coordinator. I have received numerous awards in fatherhood initiatives; I have fought for my dads to have a chance in a world where it seems as though the laws were written to protect just woman and children. Presently I am 10 months into the position of Family Service Manager in Rockingham County Head Start in Wentworth, North Carolina. It is a very different environment from the larger city of Durham, NC. Everything in very rural and resources are few, but it only makes my job more exciting as I step up to the challenge of providing quality services to children and families. I recently conducted my first of many fatherhood/motherhood planning meetings. From what I understand, this has never been done before and the awareness and momentum is building.

As I continue to sing my song here, every verse will be filled with higher heights and deeper depths of challenges and accomplishments. I want to be an example to our children, our families… heck!!! I’m going to say it – even to OUR MEN! Many do not realize it but we are the first nurturers to the children. I have had children in the program to randomly tell me they love me just because I read a book to them or get teary eyed when I leave a classroom. It’s just that somewhere over time, we have lost our way and need to reclaim and re-hone the skills. So until then, I will continue to sing my song. Will you sing yours?