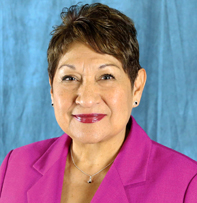 Photo courtesy of the Office of Head Start

The 42nd Annual Head Start Conference and Expo was held March 29-April 2, 2015 in Washington, D.C. As the premier event of the National Head Start Association, this annual conference is the largest event devoted to the Head Start and Early Head Start community. More than 5,000 stakeholders from every state gathered at this year’s event. Therefore, it was a fitting place to announce the new Director at the Office of Head Start, Dr. Blanca Estela Enriquez, who addressed attendees during the closing sessions.

Dr. Enriquez comes to Washington by way of El Paso, TX, where she served as the as associate executive director of Region 19 for the past 28 years.

From everyone here at The Gravely Group, we’d like to congratulate and encourage Dr. Blanca Estela Enriquez in her very important role.