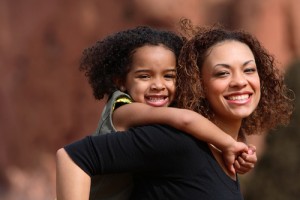 The study included three groups of children in the Lane County, Oregon area. The first group received no intervention program, the second received the Attention Boost for Children (ABC) program, and the the final group received the PCMC-A program. The difference between the ABC and PCMC-A program is that ABC program limits the attention-boosting techniques to the classroom only. Whereas the PCMC-A program was specifically designed to get parents and caregivers involved in the process by giving them specific techniques to help increase attention and boost positive behavior in the home environment. Some of the techniques of PCMC-A revolve around the the structure of daily life, encouraging parents to develop a routine and consistent schedule for children. An example might be giving children the same bedtime every night.

After only eight weeks, the PCMA-A group of children significantly outperformed the other two groups, not only in the realm of attention and behavior, but also gains in language and nonverbal IQ. This result should come as no surprise to Head Start educators. This is just one more study among hundreds of others that shows that parent involvement is one of the secrets to long-term success of Head Start children.