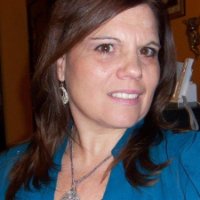 At the ripe old age of twenty nine I was married with four children (ages 2, 4, 9 & 12).  I had already lived a lifetime of heartaches. Since I was seventeen years old I had always placed my children’s needs before mine, but my husband didn’t feel the same need.   After twelve years of waiting for him to step up and support his family, I realized I could no longer count on him and his empty promises.   My husband thought alcohol was his friend.  He spent a lot of time with his friend, so much that it cost him his job.  I was employed, but my salary was not enough to support my family on my own.  We were on public assistance and had filed chapter 13 in an effort to try to keep our home.   I was lost on how to move forward and was giving up on life.

One day I received a flyer on my front door that spoke about WSEM’s Head Start program.  I decided to enroll my third daughter.  I was asked to attend a parent committee meeting, where the Social Service Coordinator, Kathleen, quickly started a conversation with me.  After talking to her for a few minutes she encouraged me to run for office on the committee.  Before I knew it I was elected to represent the center on the agency’s parent committee.

I am not sure what Kathleen saw in me.  Maybe she was just being kind, but her encouraging words were what I needed to hear at this point in my life.  I was soon elected to represent the agency’s parents at the grantee level.  On the way to the first meeting Kathleen explained to me the role of the committee and how important it was for the parents to be involved. She encouraged me to run for Secretary of the community.  I laughed and explained to her that it was not a good idea as my spelling/writing abilities were not very good.  She kept encouraging me and even offered to help with the minutes if I were elected.  Something told me that I needed to do this, but I was so painfully nervous.  My entire life I wanted nothing more than to be “out of sight and out of mind”.  I learned as a young child if no one saw or heard me I could not be the center of their abuse.  I was afraid to speak because of my dyslexia; afraid the wrong word would come out and I would sound like a moron.  I truly don’t know where my strength came from, but I knew I needed to do this.  I managed to pull myself together and before I knew it I was elected Secretary of the committee at the grantee level.

As a part of forming the grantees community we attended a relationship building workshop.  At this workshop we were asked to describe our life’s experiences by drawings peaks (good experiences) and valleys (bad experiences).  The presenter stood over me as I drew my valleys; my father’s abuse, my learning disability, my brother’s abuse, family illnesses, the death of my parents, my relationship with my husband.  The peaks were the birth of my first child, graduating high school, the births of three more children, being employed and purchasing my house.  I was so in tuned with my drawing I didn’t even realize the presenter was standing over me until she said “wow.”  She then asked, with tears in her eyes, “all of this has happened to you?”  This was the first time anyone had been sympathetic towards me.

At our next session we learned about abusive relationships.  When I left that workshop I sat in my car and cried for a long time.  I couldn’t stop thinking about all the years I had been abused by my father, brother and husband.  I didn’t even know it was abuse. I thought it was normal.  I felt like a fool.  My heart ached for my children; I choose to bring them into this world and I owed them so much more than what was being offered to them.

It was because of this workshop and the Head Start staff’s encouraging words that I enrolled in the local community college.  I slowly took classes, a few at a time.  The following year I was elected President of the agency’s & grantee level committees.  Since I was the President on those two boards I was given a seat on both of their Board of Directors.  This experience allowed me to grow and to learn I was someone and was important.   I sat on those Boards with lawyers, accountants, councilmen/women, representatives from the Mayor’s office and many others.  I attended conferences alongside them, all over the US.  I learned they walked like me, talked like me and wanted the same things for their families. It was on these boards that I meant this wonderful man, Mel Gravely, who taught me how to take charge of a meeting and the proper way of running it.  I will never forget one question he asked me, “Where did you get your high values and good morals?”   This touched me so much because I never had much in life, but the thing I did have and the one thing no one could take from me were my values and morals.

Before I knew it I graduated with my associate’s degree.  I then became employed as a social service coordinator at the same agency that pushed me so hard to become more then I thought I could ever be.  I went on to earn my bachelor’s degree and then a master’s in Social Work. It took me thirteen years to do this, but I did it, while raising my four children on my own and working full time.  Today I am a Licensed Social Worker. I am employed at a wonderful agency as a supervisor in their foster care department.  Most importantly, my children and I are away from their abusive father.  My children are now adults and I have three beautiful grandchildren.

I still can’t believe thirteen years ago I was so broken and have overcome so much; and to think this is all because I received a flyer on my door about Head Start.  More importantly, those involved in Head Start who encouraged and empowered me to become so much more.  I am truly grateful for the Head Start program and only wish all parents would take advantage of all it has to offer.