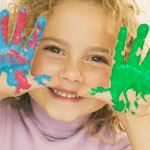 The White House recently released their budget proposal for FY2014. As the President talked about in his State of the Union address, he was going to make early childhood education a priority of his second term. With the release of his budget, we find out more about his plan and how he will pay for it.

The plan is made up of four core components: grants to states to expand pre-kindergarten programs for four-year-olds; expansion of Head Start for children aged 0-4; additional funding for the development of Early Head Start and Child Care partnerships; and an expansion of home visiting programs. To pay for this expansion, the President has proposed to raise the federal tobacco tax.

The National Head Start Association (NHSA) has said that they embrace the proposal with “cautious hope” and that it is a “giant first step in expanding our ability to reach a greater percentage of eligible children with the high-quality services [Head Start agencies] offer.”

But the NHSA also states that “the devil is always in the details.” Yasmina Vinci, Executive Director of the NHSA, wrote in an email to agencies:

In particular, we are worried that children served in new state pre-kindergarten programs will not have access to the kinds of comprehensive services they need and would be able to enjoy through Head Start. We further worry that parent engagement, one of our best successes, could be lost in these state-based systems as well. Either of these outcomes, as I know you will agree, would be detrimental.

As we have seen, parent involvement is one of the most enduring benefits of Head Start. The possibility that state programs won’t focus on this metric in the same way that federally-funded Head Start programs have for years is indeed worrisome.

Over the next couple months, as Congress debates all proposals to come up with a budget plan, we will be keeping an eye on this issue. In the meantime, now is the time to stay engaged and call or write your legislators to make your voice heard. Stay tuned.