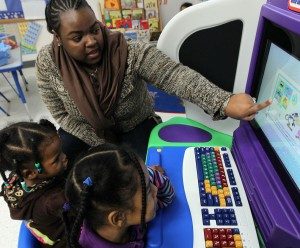 In December 2016, the National Institute for Early Education Research (NIEER) at Rutgers, studied differences in Head Start quality between states. What the researchers found were wide differences in program funding, quality, and coverage. So much so that only two states, Vermont and Kentucky, scored above what NIEER termed, “a research-based threshold for effective instructional support.”

The State(s) of Head Start” report is the first report of its kind to compile Head Start classroom quality by state. Typically, studies focus on the program as a whole, aggregating data on a nationwide basis. According to the official press release, the report is meant to educate policymakers and the public on how federal funding for Head Start affects program quality at the local level.

“It reveals widespread differences across states in funding, classroom hours, teacher qualifications and compensation, observed quality, and enrollment,” states the press release. “Such differences arise, in part, as local programs have been forced to triage limited funding.”

As we know, Head Start has been one of the most successful and longest-lasting programs of President Johnson’s War on Poverty. However, despite its successes, the report suggests that Head Start is not uniformly funded at adequate levels state-to-state and program-to-program.

For example, Head Start recently revised its Performance Standards, which recommends a minimum of 1,080 hours of services and instruction per year. This requirement will be phased in over the next several years. In order to meet this threshold for all eligible children, the study’s authors estimate that Head Start would need to be funded at an amount of $14 billion annually. That amount is currently just over $8 billion.

While for some states the stats may be alarming, the report’s authors are quick to point out that that doesn’t mean that the vast majority of staff and teachers aren’t doing the best they can with what they are given. Most teachers from all states displayed “strong emotionally supportive environments” and “scored well on classroom organization.”

To reach the full report and see where your state ranks, visit http://nieer.org/headstart.