The Effects of Sequestration on Head Start in Photos

Across the web, in local newspapers, and on TV stations, there has been a lot of talk about the effects of sequestration on Head Start programs. Lotteries for open slots have already begun as many programs are forced to cut enrollment. The NHSA organized a nationwide stroll-in to protest cuts. As a result, local reporters from all over the country have captured some very moving images since cuts went into affect a month ago. I thought it would be worthwhile to compile some of those images and share them on our blog. After all, a picture is worth a thousand… well, you know the rest.

Jeremiah Harker could hardly bear to listen as names were called Tuesday night, March 5, 2013, during a Head Start meeting, in Columbus, Ind. that determined who would be eliminated from the program in the wake of Federal financial cutbacks. Harker himself was exempt from being cut, but he said he felt badly for others. (AP Photo/The Republic, Andrew Laker) 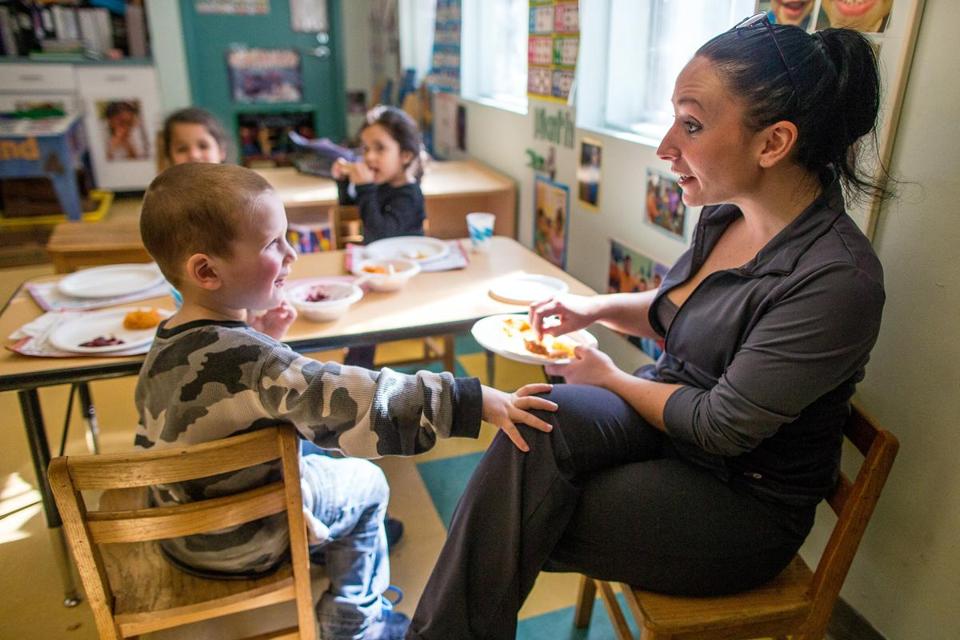 Brody Dorion with his mother, Vanessa, at a Head Start in Boston. “It’s not day care,” Vanessa says. “The kids are in there learning.” (Aram Boghosian for The Boston Globe) 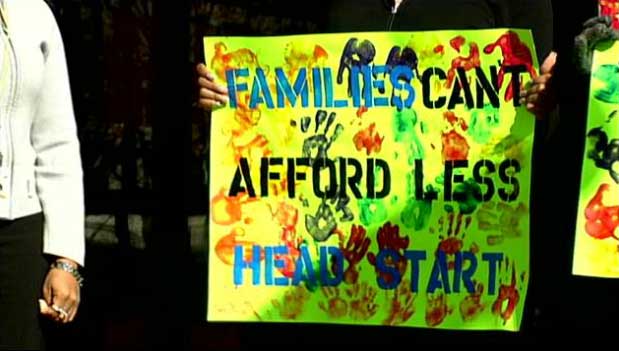 Families look on in concern at a January NEON (Norwalk Economic Opportunity Now) rally inspired by the city’s decision not to fund the agency’s Head Start program in the 2013-2014 operating budget. (Nancy Chapman, NancyonNorwalk.com) 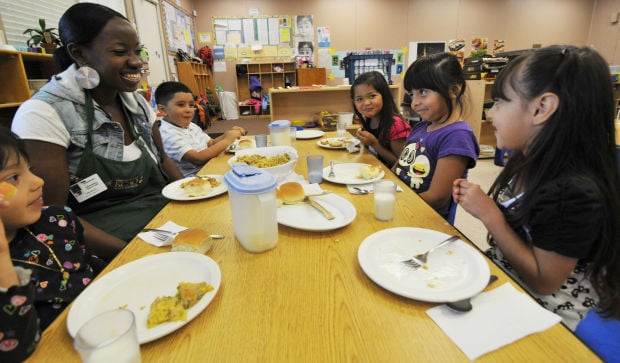 Dozens of parents and teachers gathered at Congressman Doug LaMalfa’s office in Oroville to protest Head Start cuts. “They start their ABC’s. They get to interact with other children from sheltered kids,” said supporter, Charlie Makela. (Tyler May, KRCR-TV)

Young children eat lunch at the federally-funded Head Start school on September 20, 2012 in Woodbourne, New York. The school provides early education, nutrition and health services to 311 children from birth through age 5 from low-income families in Sullivan County, one of the poorest counties in the state of New York. (Photo: Getty Images)