The Future of Our Society Is Parents & Teachers 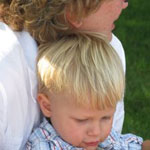 Two weeks ago I made the following comment on The Gravely Group Head Start LinkedIn Group: “If the future of our society is our children, then the key to that future rests primarily with parents and teachers.”

Within hours, there were already a couple dozen comments, with dozens more over the next week. One participant posted, “It’s refreshing to hear so many professional voices sharing the same concern for the future of our children.”

I couldn’t agree more. The challenge is that while we all agree that preparing children is paramount to our society’s future, we can’t all agree on what to do next. Almost immediately, several had commented that they felt that parents were failing their children. But then several individuals spoke up to clarify, saying the parents aren’t necessarily failing their children, but society is failing everyone, children and parents alike.

Apparently I hit a nerve. Great. Let’s talk about it.

The word “society,” as defined by society itself through the user-generated and crowd-sourced online encyclopedia, Wikipedia, is a “group of people related to each other through persistent relations, or a large social grouping sharing the same geographical or virtual territory, subject to the same political authority and dominant cultural expectations.”

So in a society, we’re all expected to behave in the same way, or in a similar way, as part of that society. But what we find out is that while we all do behave similarly when viewed from a general perspective, there are an infinite amount of nuances to human relationships. And I think that nuance is what makes this discussion so intense and interesting.

Take a look. Here are some snippets of the discussion:

“If parents fail to raise them with values, and teachers fail to challenge them to learn, we are all going to suffer the consequences.”

“Parents are failing more and more every single day and in every town in the Country. Thanks for being a voice for the little ones! You give HOPE!”

“Most parents want what’s best for their children, but many communities don’t provide the support and information parents need to make sound decisions, because there seems to be the belief that supporting children’s social and emotional development (which is essential to effective learning) is the responsibility of the family – yet we don’t systematically provide parents with good information and support to make good decisions about parenting their children.”

“…raising children should be looked at by all as a collective responsibility of all persons.”

“[Parents] rely on what their parents did (which could have been great – or terrible), what their friends tell them, magazine articles, and TV shows!”

“What a great conversation, however, I am a bit frustrated! Why? Because I teach preschool. I also teach character education through my non profit organization and it is a struggle to get into schools. They seem to only hear those who have facts, figures and data.”

“And I truly believe that parents’ understanding of child development – not only cognitive, but physical, social and emotional development, would lead to better outcomes for all children.”

“It is a process and a major undertaking to change a culture of violence. but it is worth while and imperative.Parents need to be held accountable there is no way around it.”

I can’t possibly answer such a loaded question as “How do we as parents and teachers better teach children to take over in the future of our society?” in this little blog. But I do like to encourage discussion. What do you think? What have you seen work in your Head Start program? Do you have a success story you’d like to share?

Leave your comments below. Or join the The Gravely Group on LinkedIn to participate in the discussion.