The Gravely Group 2012 Year in Review 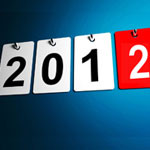 2012 was a year of transition for the Head Start program. From recompetition to 27 million windows, the year was a whirlwind of change and uncertainty. But with any change, comes opportunity.

In 2012, The Gravely Group launched several new initiatives to help our clients learn and grow with easier access to training materials and the chance to engage with other agencies across the country.

Here are just a few of the highlights from The Gravely Group
– Gave 20 uniquely-designed trainings to Head Start agencies across the country, from Baltimore to Houston to Miami to many more!
– Presented two trainings to staff and parents in the state of Wisconsin at Wisconsin Head Start Association’s conferences in February and October.
– Increased our blogging frequency to once per week.
– Launched our monthly Head Start e-newsletter.
– Made our Head Start training presentations available for download on Slideshare.
– Grew our Head Start LinkedIn group by 1000 members!
– Developed the 3 Secrets to Head Start Success program.

– NHSA Declares 2012 the “Year of Opportunity”.
– 130 Head Start agencies apply for funding as recompetition begins.
– The White House honors 11 Champions of Change in Head Start.
– Concerns about the so-called “fiscal cliff” reignites debate about the value of Head Start programs.
– The final portion of the Head Start Impact Study is released in late December.