The Role of Head Start in Native American Communities 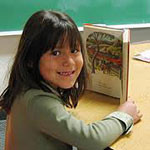 Since the beginning, Head Start was designed to be dynamic and fluid, allowing for differences in culture and customs. Parent engagement and community involvement are a big part of that.

So when the Gravely Group had been commissioned to provide trainings to several American Indian and Alaska Native (AI/AN) Head Start programs, we wanted to post a few thoughts on how Native American Head Start Directors, Teachers, and others have successfully maintained cultural identity and incorporated it into their programs.

In Fiscal Year 2011, 24,278 students in 26 states were served in AIAN programs, totaling $214,891,848. That represents about 2.5% of all the children enrolled and 2.9% of all dollars spent. Starting in 2010, Office of Head Start reaffirmed the commitment to Native American communities and convened Tribal Consultations for the purpose of better meeting the needs of Native American children and families.

In the Consolidated 2010 OHS Tribal Consultation Report, you can read the feedback from each of the six Tribal Consultations that were performed. Reading their suggestions and ideas goes a long way to help inform how the AI/AN programs are functioning in their communities day-to-day. For example, programs may find it difficult to find teachers that are fluent in the native language. They also stress issues such as the importance of maintaining autonomy as an AI/AN branch so that cultural considerations are a priority, funding that allows for culturally-specific equipment and facilities, and aligning AI/AN Head Start programs with the other tribal education initiatives through other agencies.

Another interesting read is the 1999 masters thesis from Linda Mayo Willis with Carolyn P. Edwards at the University of Nebraska – Lincoln. “The Blood Runs Through Every One of Us and We Are Stronger For It: The Role of Head Start in Promoting Cultural Continuity in Tribal Communities” focuses on the Head Start Directors in AI/AN programs and their opinions about how Head Start serves to preserve their cultural integrity. The authors further clarify that “of specific research interest are the unique aspects of the tribal customs of child rearing and early childhood educational practices within each community.”

At the end of the document, the Willis and Edwards conclude that, based on their conversations with the Directors, Head Start has helped formalize and reignite culturally-appropriate curriculum in their communities. Most importantly when it comes to teaching children the native language.

How do you implement culturally-specific curriculum in your Head Start program? We’d love to hear your comments below!