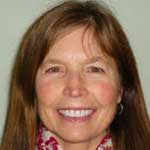 Two weeks ago, The White House honored 11 exceptional individuals who have “demonstrated a commitment to delivering on the promise of Head Start in their local communities.” These “Champions of Change,” as The White House refers to them, consists of teachers, directors, pediatricians, and parents, each of which have contributed greatly to the Head Start program in their communities and throughout the country.

In its announcement of the honorees, the White House referred to the Head Start program as “a national laboratory for how we think about educating and caring for our youngest, most vulnerable children.” I like the idea of thinking about the Head Start program as a laboratory, which consists of so much more than education. Since its inception, the program was designed to be fluid – a dynamic program that could first recognize and report on changes at the smallest level of human institution, the family.

These 11 Champions of Change are the ones that are continuing to ensure that the Head Start program remains a vibrant and relevant mediator in the war on poverty. I’d like to personally congratulate them all. Your efforts are appreciated. Cheers!