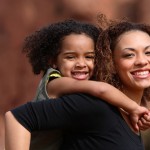 In the 1998 reauthorization of Head Start, Congress mandated that the US Department of Health and Human Services (DHHS) determine, on a national level, the impact of Head Start on the children it serves. Last week, the Final Report of the Third Grade Follow-up to the Head Start Impact Study was released to the study that first began over 10 years ago.

According to its summary, the report “presents impacts on children and families through the children’s third grade year, as well as impacts on subgroups of children and families.” Like its 2010 predecessor, the Third Grade Follow-up Report is daunting, including 346 pages, dozens of complex graphs, and thousands of statistics. It’ll take some time for researchers to review the document in detail and draw conclusions.

When the first portion of the Impact Study was released in 2010, Head Start critics were eager to point out some of its disappointing results. Specifically, that initial cognitive gains made by Head Start children were short-lived and that non-Head Start children quickly closed the gap. From initial review, the third grade report seems to draw similar conclusions. However, as we see from the discussion on The Gravely Group LinkedIn group, we need to be wary that statistics aren’t the entire story.

Since its inception as one of the original programs in the War on Poverty, Head Start has focused on the whole child philosophy, including elements for physical and mental health and family engagement. As I blogged about back in June, parent involvement has been shown to be one of the most enduring benefits of the Head Start program. This report seems to show some of the same benefits in family engagement and social well-being through third grade as reported through first grade.

Even if this report shows more of the same, we as Head Start trainers, administrators, and teachers can’t ignore the positive outcomes we see every day. Like of a mom who turned her child’s involvement with Head Start into a new opportunity for her whole family.

The report’s authors admit, many questions are left unanswered. For example, there is evidence to suggest that there are so-called “sleeper” effects that may not present until adulthood, such are reduced crime rates and higher earnings. The authors’ hopes is that the sheer volume of data will allow future researchers to design other studies to help better structure early childhood education for the future. And that’s a good thing. In the end, better education and development opportunities for our nation’s children is what we all want.