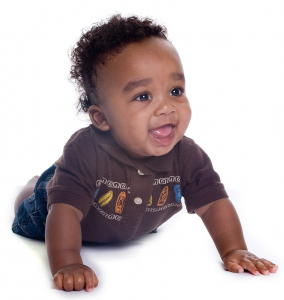 A couple weeks ago, I listened to a powerful webinar called “Race and Place Matter: Head Start and CCDBG Access by Race, Ethnicity, and Location.” According to its description, this webinar “examines neighborhood- and state-level access to Head Start and Child Care by race, ethnicity, and nativity.”

This webinar focuses on three separate studies, one conducted by the Center for Law and Social Policy (CLASP), one from diversitydatakids.org, and another from the Latino Policy Forum. Although the studies were run independently, each contributes to further understanding how to improve access to early childcare and education for low-income minority children. This blog will be the first in a series of three blogs, in which we’ll focus on each of these three studies.

Conducted and written by CLASP Senior Policy Analyst Ms. Stephanie Schmit and CLASP Policy Analyst Ms. Christina Walker, the study sought to understand the impact that race and ethnicity have on children’s access to early childcare and education. Data analysis was performed for Black, Hispanic/Latino, Asian and American Indian groups; White Non-Hispanics were not included in the study because Head Start and Child Care and Development Block Grant (CCDBG) administrative data report race and ethnicity separately, and given the high percentage of White, Hispanic/Latino children, data would be skewed if calculations were based on race and ethnicity separately for this race category.

Furthermore, despite the federal-to-local flow of Head Start funds, access to the programs varied by state. Let’s look at two states that approximated each other in enrollment but differed sharply in the groups they served. Between 2011-13, 25,489 children were enrolled in Georgia Head Start Preschool. Of those children, 43 percent were Black and 15 percent were Hispanic/Latino.

In the same timeframe, Mississippi Head Start Preschool served close to the same number of children as Georgia – 28,256 children. Of those children, 108 percent were Black and 59 percent were Hispanic/Latino, suggesting that when viewed through the lenses of race, ethnicity, and location, access to early education and childcare programs is pointedly unbalanced.*

The number of children who are eligible to enroll in Head Start Preschool, Early Head Start and CCDBG exceeds actual enrollment.

CCDBG’s federal-to-state funding pattern gives each state total discretion over individual eligibility requirements into the program, making its data difficult to evaluate on a national level. Thus, while some states may posit high CCDBG enrollment rates, that may be indicative of less stringent eligibility requirements. Similarly, some states may have low enrollment rates due to higher eligibility standards, like requiring working parents to have stable working hours, rather than allowing for variable working hours.

Part Two of our discussion will examine data from www.diversitydatakids.org and address the relationship between race, immigration, and location of neighborhood Head Start centers, as well as their impact on access to services. Part Three of our Webinar will review relevant study data from Latino Policy Forum and Q&A from the webinar.

* “Note that because our pool of potentially eligible children is based solely on income, and does not include children who may be categorically eligible or account for the share of children above the poverty level that grantees may serve, some percentages in this analysis are greater than 100. This high percentage indicates extensive reach among the eligible population but should not be construed as an exact figure and does not necessarily indicate universal coverage among the eligible population.”