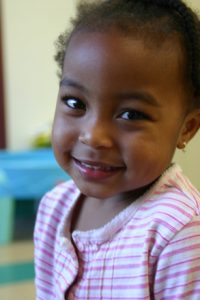 This is Part Two in our series about the webinar “Race and Place Matter: Head Start and CCDBG Access by Race, Ethnicity and Location.” In Part One, we examined the first of three studies explored in the webinar. That study, by the Center for Law and Social Policy (CLASP), found that low-income children’s access to early childhood development opportunities varies by race, ethnicity, and state.

In Part Two of our series, we’ll explore a study by diversitydatakids.org, which finds that Head Start needs and impact vary greatly at the micro-level of individual neighborhoods.

“Disparities in Neighborhood Access to Head Start: Exploring Neighborhood Availability of Head Start by Race, Ethnicity, and Nativity” – a study by diversitydatakids.org

The study conducted by diversitydatakids.org concludes that Head Start centers must increase their presence in neighborhoods that display a higher demographic need for eligible services. In doing so, Head Start programs will reach and impact their target income-eligible populations more successfully.

Led by Dr. Dolores Acevedo-Garcia, Director of diversitydatakids.org and of the Institute for Child, Youth, and Family Policy at the Heller School for Social Policy and Management (HSSPM) at Brandeis University, the study, titled “Disparities in Neighborhood Access to Head Start: Exploring Neighborhood Availability of Head Start by Race, Ethnicity, and Nativity” utilizes 2010 census data collected by diversitydatakids.org. Diversitydatakids.org is a state-of the art indicator database created at HSSPM to collect and track child wellbeing and opportunity data by race and ethnicity across multiple sectors like education, geography, and neighborhoods.

First, the author begins her discussion by citing a 2009 landmark study by Neidell and Waldfogel which concluded that a) neighborhood availability of Head Start programs is directly correlated to participation rates among eligible children; and b) immigrant children who live in immigrant-heavy neighborhoods with immediately accessible Head Start rely greatly on these services given these children’s higher need for support and their low level of access to private transportation.

The diversitydatakids.org study explores three variables:
1. Where are eligible children located?
2. What does neighborhood availability look like by race, ethnicity, and nativity?
3. Where are Head Start centers located?

What does neighborhood availability look like by race, ethnicity, and nativity?
A comparison by race of poor children under age 5 – where poor is defined as someone who lives 100% below the poverty line – shows that 31 percent of Black children and 28 percent of Hispanic children live in high poverty neighborhoods, compared to 21 percent of Asian children and 18 percent of White children.

When considering nativity – defined as having at least one parent who is foreign-born – 29 percent of Hispanic children are from foreign-born families, compared to 32 percent of Asian/Pacific Islander children. Previous research has shown that immigrant communities display a higher use of services when these are immediately available in their neighborhood. Thus, Dr. Acevedo-Garcia believes the data shows that poor children of different ethnicities tend to live in sharply segregated neighborhoods with higher concentrations of poverty, children, and immigrants, and highlights a higher propensity for poverty and demand for services in some neighborhoods. This is especially true among Hispanic children.

Policy implications include closely monitoring location when expanding Head Start centers and expanding in places with the greatest unmet need. Furthermore, policymakers should more consistently utilize data and analyses to identify areas of need. At this time, Head Start data is only provided in aggregate, program-based figures. Dr. Acevedo-Garcia asserts that going forward, data collection should be center-based, rather than program-based, to ensure more accurate reflections of local usage and need.

Part Three of our discussion will review the final portion of the webinar, which includes relevant study data from Latino Policy Forum and Q&A from the webinar.